You may have heard of motorcycle poker runs before; since poker has become wildly popular with the advent of cameras going into pro tournaments in the early 2000s, interest in the game has boomed. If you’re not overly interested in poker, don’t worry; the game we are going to talk you through is just mostly an excuse to get out on the bike. What poker can also be, is a great way to fundraise for a cause close to folks’ hearts, and they’re hugely popular nowadays – there was upwards of 30 poker runs in the US in October 2021 alone.

What is a poker run?

As mentioned, it’s a great reason to get out on the bikes. You make a route and organize checkpoints along it where riders will draw a card – typically 5 if the run is based on draw poker or 7 for Texas Hold’em – and the rider/s with the best hand when all cards are collected wins. From there, it’s pretty much up to you (and potentially your State Gambling Commission, but more about that later) as to how you want to run and what you want to include along the way.

The first thing to do is decide on a route, and some checkpoints. If it’s themed, that may be fairly easy to do – many upcoming poker runs are based round Halloween, for example, and you can make checkpoints things like haunted houses or pumpkin patches. Local bike shops are always a good idea for checkpoints also as they’ll be glad of the exposure to potential new customers and may be able to help with distributing cards to riders on the stop.

The next thing you’ll need is volunteers along the route – guys or girls at the start to do registration, folks to distribute cards (or fill in a scoresheet, which may be more convenient for riders than carrying physical cards) and maybe a pit stop or two along the way (roadside diners can make good checkpoints as well). You may also consider downloading and printing out poker hand ranking charts to pass out to participants. These charts explain different poker hands (full house, straight, flush, etc.) and how they rank against each other. They’ll make it easier for those who are intrigued by the event but less familiar with poker to participate. Again, it’ll depend on the crowd whether they’re necessary, but they certainly won’t hurt.

Poker runs are a great way of raising funds for good causes and getting the local business community involved is a great way of raising sponsorship. Banners outside the checkpoints, decals and stalls at the start/finish line are ways of getting businesses on board. And again, think about the route – it may be that you want to run in town, which may maximise exposure. However, longer more scenic routes tend to attract bigger crowds of folks on touring motorcycles. And on that gambling commission note, if cash prizes are being awarded or the organizer is taking a cut, it’s a good idea to include some sort of skill based event. The most common is a dart toss, or riding a set distance over time, say 30 feet over 30 seconds. It may be useful as a tiebreaker in the unlikely scenario two riders end up with the same hands.

Why a poker run?

Poker runs have been going strong for some time now – the biggest and arguably most famous in Fort Collins, CO attracts over 1,000 bikers annually to raise over $100,000 each year for charity helping vulnerable and at-risk kids. They’re a great way of drawing the local bike, business and wider communities together. And most of all, they’re a great day out on the open road.

The Best Cruiser Motorcycle Helmet – How To Find One

The Best Cruiser Motorcycle Helmet – How To Find One 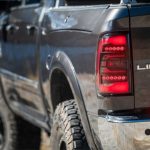 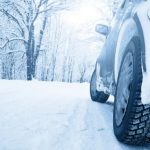 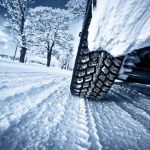 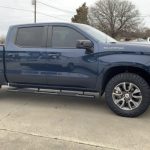 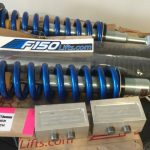 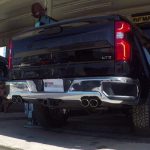